By The Rev’d Dr. Daniel Tatarnic

It’s not often I recommend a ministerial must read; but if you’re a person in ministry in the modern age, you should own a copy of James Smith’s, How (Not) to be Secular (Eerdmans, 2014). The book is as provocative as the title suggests; an accessible guide to the oft times inaccessible work of the popular Canadian Philosopher, Charles Taylor’s 2007 Templeton-winning, A Secular Age. 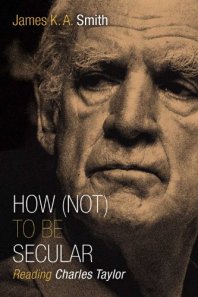 I wasn’t surprised that many people in the church had not heard of Smith’s book. I was surprised that most people knew little about Charles Taylor, a popular guest of the CBC; fewer still could say anything about Bernard Lonergan, one of the 20th century’s most prolific theological minds.

The themes inspired by our two Canadian thinkers are quite timely; they constellate around matters of faith: authenticity & meaning, personhood & identity, formation & witness. Why the lack of familiarity with them? That’s a whole different article notwithstanding. James Smith’s How (Not) To Be Secular, stands in a long line of continental authors looking to “we the north” for a confident word in the storm of secularism. So, my intent is two-fold. First, this is a thumbs-up for Smith’s book. Second, it’s a shout out for the distinctively Canadian, the milieu that made people like Lonergan and Taylor fruitful.

What Smith’s book does well is to begin with deep feeling: what does it feel like living the secular world (Canada) today? The milieu we inhabit is haunted by transcendence, yet it fastidiously maintains “buffer zones to protect ourselves from such incursions”. While the book re-presents Charles Taylor’s 900 page Secular Age into an easy-to-read, accessible, and witty guide on how not to be secular in the secular age; Smith’s book challenges the ways the Church can (and should) be a force of resistance. By naming the transcendent, opening up the secular, and embracing an uncomfortable cross-pressure within the “malaise of imminence”, he proposes nothing less than the living of a courageous, authentic Christianity within the fastidiously defended buffered zone (i.e. ‘public’ space).

And while the thought of ringing church bells daily, or of cassock clad clerics appearing on the streets alongside Steam-punkers might not be every one’s cup-of-tea, after reading Smith’s book, I’m almost tempted to propose that it might not be far off the mark. Retreating from the realm of the secularized buffered zone is not the answer, kowtowing to secularism isn’t the answer either. But, creating cross pressure from within the zone — appearing as a witness — that’s where we need a boost of confidence. How (Not) to be Secular is a must read, because to quote another Canadian, we need to “ring the bells that still can ring.”