By Diocesan Communications on November 9, 2019

by The Reverend Pamela Guyatt

I am a Veteran of the U.S. Army, from the Vietnam era, as well as a parish priest. In the U.S. Memorial Day at the end of May, is the day when Veterans are remembered and honoured. When I moved to Canada over 30 years ago I had a steep learning curve in discovering why November 11th was the main focus for Remembering those who served.

From my ‘new’ family, I discovered what it meant to be a young person in the era encompassing The Second World War . One brother-in-law flew Spitfires, another was a Tail Gunner in a Lancaster, and a third was part of the liberation force in Holland. Each told their stories in very different ways.

At St. Paul’s (Mount Hope), my new home parish in Canada, I learned about the English pilots who had come to Canada to learn how to fly in a ‘safe’ environment. Every year that parish honours the thirteen Anglican airman who lost their lives in training accidents and are buried in their cemetery.

My first year as a Curate at St. John’s (Ancaster), I had the privilege of leading the Remembrance Day service at the Cenotaph for the community. The crowd who came to remember surprised me in it was so large. I had more to learn.

When I arrived at St. James (St. Catharines) I became involved with the annual Remembrance Day service, by laying a wreath at the Cenotaph. So many people gathered to remember loved ones that Merritt street was closed from the time the Legion members arrived until the service concluded. I was even asked to preach one year at the Legion Service which took place prior to the parade. There was another tradition in Merritton: Legion members would march, with a Piper leading them, to one of the three area churches on the Sunday prior to the 11th. It was always a special day in the life of the parish when it was our turn.

Canadian’s have much to be proud of, whether they served personally or if a family member served. The stories of courage are awe inspiring, I love to make time to listen, whenever someone feels like talking….

As November 11th approaches this year, remember to pause and give thanks, for those who have served, those who serve today, and those that will be called to serve in the future. 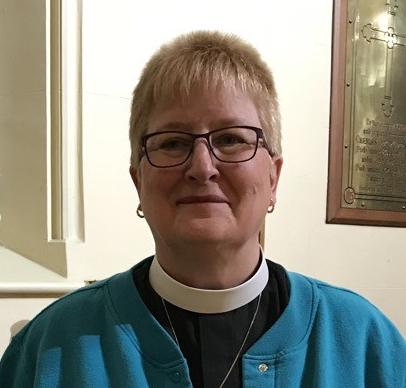 The Reverend Pamela Guyatt is Rector of St. John’s (Jordan)