The Challenge of Unconditional Love

I married a Canadian and moved to Toronto in 1987. I spoke to my parents in London by phone every month or so, but calls were expensive back then so I was surprised when on one day in the summer of 2001, my mum suddenly telephoned. Dad had had a bad stroke.

Flew over that night, train across the city to the Essex suburb of my birth and upbringing, hug mum, then off to the hospital. There was dad, such a strong and tough man, suddenly a baby again. Vulnerable, immobile. Good, kind medics told us it was serious, weren’t sure what would happen, no positive signs yet. 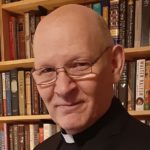 We sit by his bed, chat, don’t know what to do. Then my sister comes in, not knowing what to do either. Then my brother-in-law and niece, the same. Five of us, impotent and ignorant. Then a sixth person enters, and she’s different. My younger niece, who bounds in like Disney’s Tigger and jumps on the bed. Then cuddles her grandpa, and falls asleep.

Because this is what she does whenever she visits her grandparents’ house. Why would a strange place with odd sounds and smells be any different? And then, and then, dad shows emotion. First time in two days. He cries.

He turns his head, eyes seem to focus, and with superhuman effort says a word. My name. Michael. Then again and again. We call for a doctor, who with pristine innocence says, “This wasn’t supposed to happen. It’s like a miracle.”

I should explain that my niece is what is known as disabled, challenged. She’s autistic, which some people find disturbing. Thing is, that disability has liberated her. She loves unconditionally, and in that gift of unconditional love changed our world. My dad had a 90% recovery.

Proof of God and Jesus? Of course not! I may be a Christian, but I’m not a fool. No, I tell this story to remind us of what we’re about. Unconditional love.

The problem, of course, is that we live in the midst of Franklin Graham, Patriarch Kirill, clergy abuse scandals, and fierce, crimson red judgmentalism. To be candid, it’s sometimes difficult to find the teachings of Yeshua the revolutionary when they’re so well hidden behind his followers. Forgive, embrace, include, empathize, judge yourself before others, give away property, turn the world upside down because it’s systemically unfair, stand with those who need you the most, be with the lost.

You see, mine is the God of losers. As Freud said, if we all got what we deserved, we’d get a good beating, and when I consider how I’ve sometimes behaved over the years I cringe in embarrassment and shame.

I’m not going to argue here the case for Christian belief. I’m privileged to have met many of the most sophisticated and informed Christians and atheists, and both types can make compelling arguments. I prefer Gandhi’s reference. “Don’t talk about it. The rose doesn’t have to propagate its perfume. It just gives it forth, and people are drawn to it. Live it, and people will come to see the source of your power.”

What Christianity shouldn’t be, but far too often has become, is a moral thermometer.

Consider, for example, the issue of sex. Jesus seems largely indifferent about the subject, and the sin, if we use that word, around sexuality is surely abuse and betrayal. To use another person merely for one’s own pleasure, without care or concern for them. Or in adultery, which is more about the heart than the body, and can shatter someone’s trust and self-worth. To reduce all of this to sex alone is simplistic and crass, but that’s what we see so often in Christian circles. We’ve found another culprit, so let’s all feel good about ourselves as we march through the village and scream their name.

Jesus roared the opposite path. Treat others as you would yourself be treated. To do otherwise is worse than base hypocrisy, it’s a rejection of the very Christian symbiosis, the call to gracious community, that would make the Beatitudes livable.

He died alone and in agony. He owned no property, criticized the wealthy and powerful, gathered the rejected and marginalized around him, detested violence and selfishness, and exposed judgmentalism for the fatal darkness it is. The God of losers, the God of change, the God of children in hospital wards who in their brokenness transform everything and everyone.

That’s my Christ. But if we fail to listen to and fail to try to live by Jesus’s breathtakingly radical teachings, his words are made empty and his ministry becomes a failure. It’s not easy. In fact, it’s incredibly difficult. It’s supposed to be.