Before the Origin of the Universe

Where do we come from? What are we? Where are we going?

Elephants communicate with each other below the range of human hearing. Bees can see in the ultraviolet spectrum—we cannot. Trees protect one another against invasive species. These are all profound “natural” wonders. 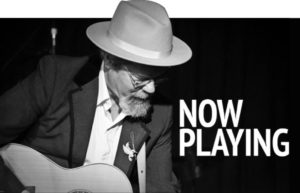 There is a great story of the very young Charles Darwin popping a mysterious bug in his mouth to bring it home safely for study. He had already collected two other mysterious bugs, one in each hand! Darwin’s young mind was seized with wonder by the so-called “natural” world.

In late fall last year, I was walking in the woods at 50 Point—a magnificent 84-hectare conservation area in Grimsby. After I had entered the forest, I stood still for a time. After 15 or 20 minutes of watching the sway of the trees in the fading afternoon light I was startled to hear a sudden and terrific thrashing in the stream off to my left and out of sight. I remained still—wondering what could be heavy enough to make such a racket.

I began to walk tentatively down the slope to the water. Just as the stream came into view, a giant crane, lifted by a great wingspan, exploded dramatically into the air. The size of the bird, given its proximity to me and measured against the trees between us, took me aback. What a creature!

But what is that in the water? Walking very slowly down the embankment to a shallow pool was a majestic, and most likely dying, massive salmon. The thrashing I had heard from afar had been a life and death struggle between the hunting crane and the hunted, returning salmon.

I say “returning” because this salmon had come to this stream, the very stream of its birth, to spawn and then to die … in the very waters which had given this extraordinary creature its birthplace. This too is one the great mysteries of the so called “natural” world. Salmon are born in fresh water, in pools, in rivers. At a certain moment, they begin a journey to the salt ocean. In the depths of the ocean maturity begins and at an unknown hour, responding to an unknown call, they begin the journey home. Guided by instinctual genius, the salmon return to the mouth of the very stream in which they were born. Facing into the upstream waters they spend whatever energy they possess in reaching the very pool of their birth. After assuring the regeneration of their species, they die.

Our minds fall silent before the profundity of this Natural Mystery. We cannot help seeing our own lives, our own world as ennobled by the migratory phenomenon of salmon and, for that matter, all migratory species.

Now—don’t misunderstand me! I am not saying that we are fish! I am only saying that if there are Natural Mysteries, perhaps there are Supernatural Mysteries as well. And if, as the Book of Genesis has it, humans are made in the image of God, or as Proverbs 8 has it, that in the moment of Creation, God “delighted in humankind,” couldn’t something be woven through the “nature” of humankind like the instinctual knowledge of the salmon? That is to say, a “supra-instinctual” longing for nearness to the Living Word Through Whom All Things Were Made—the Risen and Ascended Christ?