HOLLIStorial: A letter from Mary 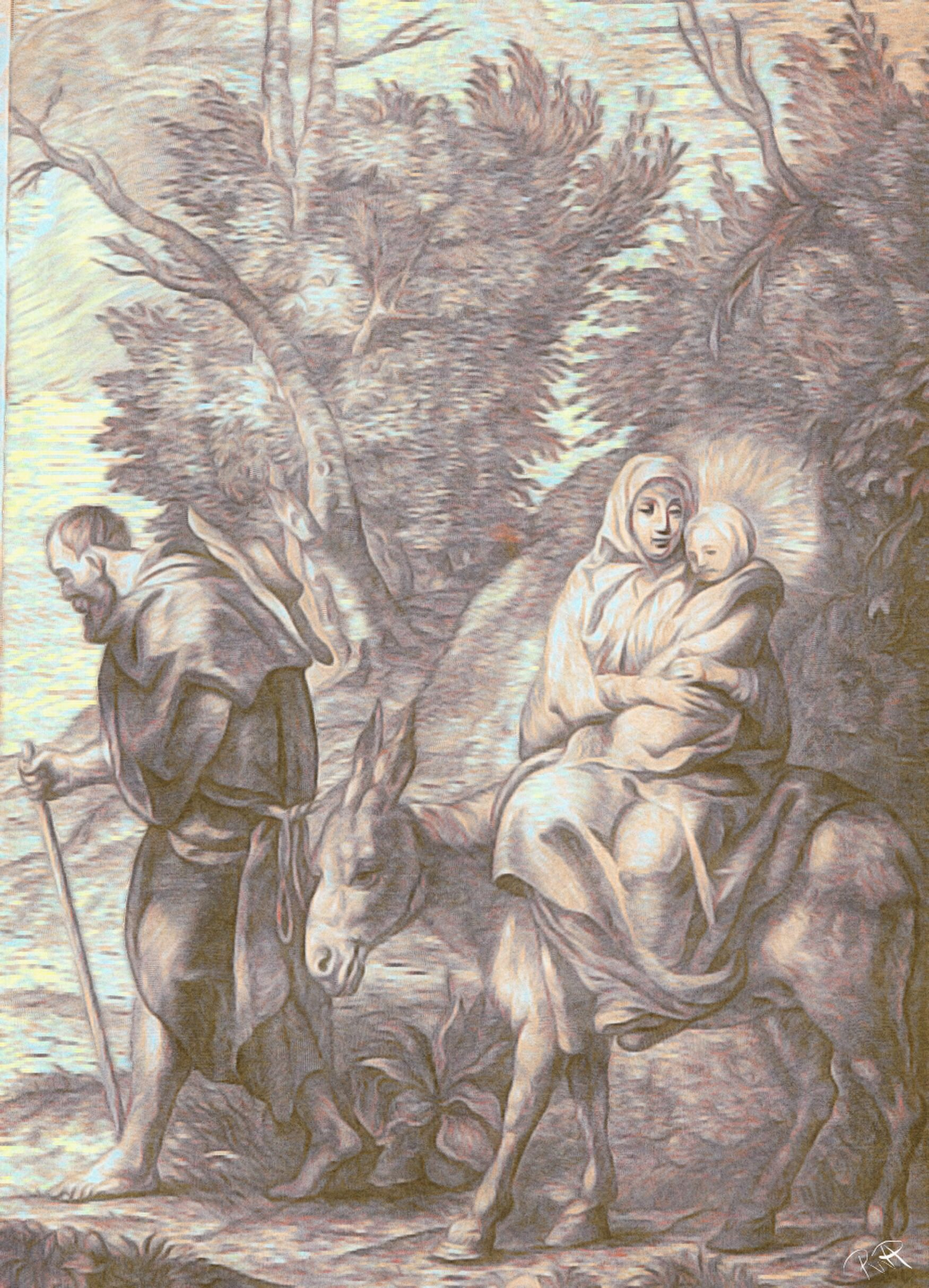 I’m sitting in our temporary lodgings in Egypt—a foreign country—but I’d rather be home in Nazareth.

However, while hugging Jesus close to me I feel safe and hopeful.

You see, my special child is also God’s son.

It’s all overwhelming for me. I am still a teenager.

Recently my life has been a whirlwind.

It all started when I went to fetch water from our community well in Nazareth.

A strange figure approached me, saying he had a message from God.

I was suspicious, but also intrigued.

Gabriel, an angel, said I was chosen to bear God’s son and I should call him Jesus.

I laughed inwardly but respecting God’s wishes, I agreed.

The angel said my cousin Elizabeth, although beyond childbearing years, was pregnant.

Weeks later, when I walked into her home, she felt her baby leap in her womb. Elizabeth said she was honoured because her Lord’s mother had come to visit her.

I was frightened when I told Joseph, to whom I was promised in marriage, about my condition, but my kind, caring carpenter suggested a quiet divorce to avoid any public disgrace.

Tears washed my face as I headed towards my parents’ house.

An angel had appeared to him in a dream and explained that my baby was indeed God’s son and he should marry me. We were married a short time later.

That year the emperor issued a decree forcing everyone to be registered in their home town. For us it meant an arduous three day journey from Nazareth to Bethlehem, Joseph’s birthplace.

Riding a donkey and staying wherever we could find shelter was not a pleasant experience.

When we arrived in Beth-lehem we discovered every inn was overbooked. I cried profusely.

Joseph continued searching. The only place he could find was a stable. I smiled and said we would manage. I was disappointed and upset. I wanted God’s son to be born in a proper place.

Strangers rushed to help. I was exhausted and then overjoyed when I heard Jesus’ first cry.
Visitors came continually.

A group of shepherds hurriedly arrived. They seemed so excited and happy, telling everyone about angels, appearing on their hillside, telling them “a saviour was born in Bethlehem.” The angels sang about praising God and bringing peace to all people. I treasured everything they said.

Later an awesome, impressive entourage paid a visit—astrologers from the east who had spent nearly two years following a special star. They brought Jesus gifts: gold, myrrh and frankincense.

They mentioned visiting King Herod who wanted to know where the Saviour would be born so he could come and worship him. The astrologers, leery of Herod, decided to travel home by another road. We suggested one.

Following our custom, we brought our firstborn to the Temple in Jerusalem. There an old man, Simeon, scared me when he predicted a harsh future for Jesus, but Anna, a widow, reassured us with her words of comfort and hope.

While preparing to return home to Nazareth, Joseph had another dream. He was warned about Herod killing all young boys. So in the middle of the night, we quietly left Bethlehem and fled to Egypt.

So here we are, waiting and wondering when we can safely return home.

I thank God for choosing me to be Jesus’ earthly mother. I snuggle him closer, look into his eyes and see the reflection of God’s love, peace, hope and joy for all people.

I am truly blessed.
Mary