Science and Faith #1: The Start of a Beautiful Friendship 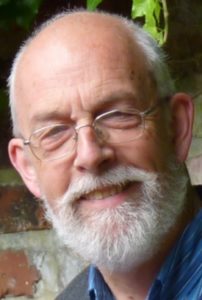 I need to start with a confession: I am not a scientist. So, you might ask, what would I know about science and faith? I suppose it came out of working with university students for 25 years and hearing their questions. So I had to do my own research and decide what I thought in order to try and help them. As a result I am, I suppose, an interested amateur.

So … science and faith: are they mortal enemies, as they are often portrayed? I see three phases to the relationship. We’ll think about the first one this month, and the other two next month.

Modern Western science as we know it really began in the 1600s. Why did it begin then? There were at least two important reasons: the Protestant Reformation and the invention of the printing press. Odd bed-fellows, you might think. But no.

During that period, people were rediscovering the Bible. New and more accurate translations were made. And the fact that endless copies of the Bible could now be printed and distributed meant that the Bible could be read more widely than ever before.

The effect of this was radical. For one thing, the ideas of the Bible became well-known. Let me give you two examples of ideas that inspired early scientists.

One was the idea that the world was designed and created by a Divine Creator. (Not that this was new, of course, but it came home to people with new relevance.) And this meant that a human being using God-given reason could look at the world and figure out how it worked.

Listen to Francis Bacon, often regarded as the inventor of the scientific method:

Man [sic] by the fall fell at the same time from his state of innocence and from his dominion over nature. Both these losses, however, can even in this life be in some part repaired, the former by religion and faith, the latter by the arts and sciences.

Here’s another example. The astronomer Johannes Kepler believed that God had made the world rationally, and that reason could therefore figure out how God had done it. In studying the stars, he said, “I am thinking God’s thoughts after him.”

I once saw a t-shirt which said at the top, “And God said” and at the bottom, “And there was light.” So what would you expect it to say in the middle? “Let there be light,” of course. Instead, it gave a series of scientific formulae—Maxwell’s Equations—for understanding light.

In a sense, that is precisely what God said in order to create light. It just took us a long time to figure it out. Bacon and Kepler would understand perfectly—as would Maxwell himself, who formulated those equations in the mid-nineteenth century and was also a committed Christian.

The second basic idea that people appreciating the Bible in new depth came across was the idea of God as a law-giver—not just laws for human beings to live by, but laws for the created world to operate by too. We take this totally for granted—the law of gravity, the laws of thermodynamics, and so on—but apparently the idea of scientific law had not been part of the science of other civilizations—Greek or Chinese, for instance.

The mathematician Rene Descartes in the sixteenth century spoke about “laws which God has put into nature”; the chemist Sir Robert Boyle (he of Boyle’s Law) in the following century talked about “laws of motion prescribed by the author of things.”

As a result, since the seventeenth century, the idea of “the laws of nature” has become a cornerstone of science—even for those who don’t believe in a law-giver. We don’t generally realise it, but the Reformation’s rediscovery of the Bible gave scientists a powerful new tool for understanding the world.

In these ways, the relationship between Christian faith and Western science got off to a good start. You could even say Christianity was, if not the mother, at least the midwife of modern science. Next time, we will think about how the relationship went wrong—and how it can be restored.